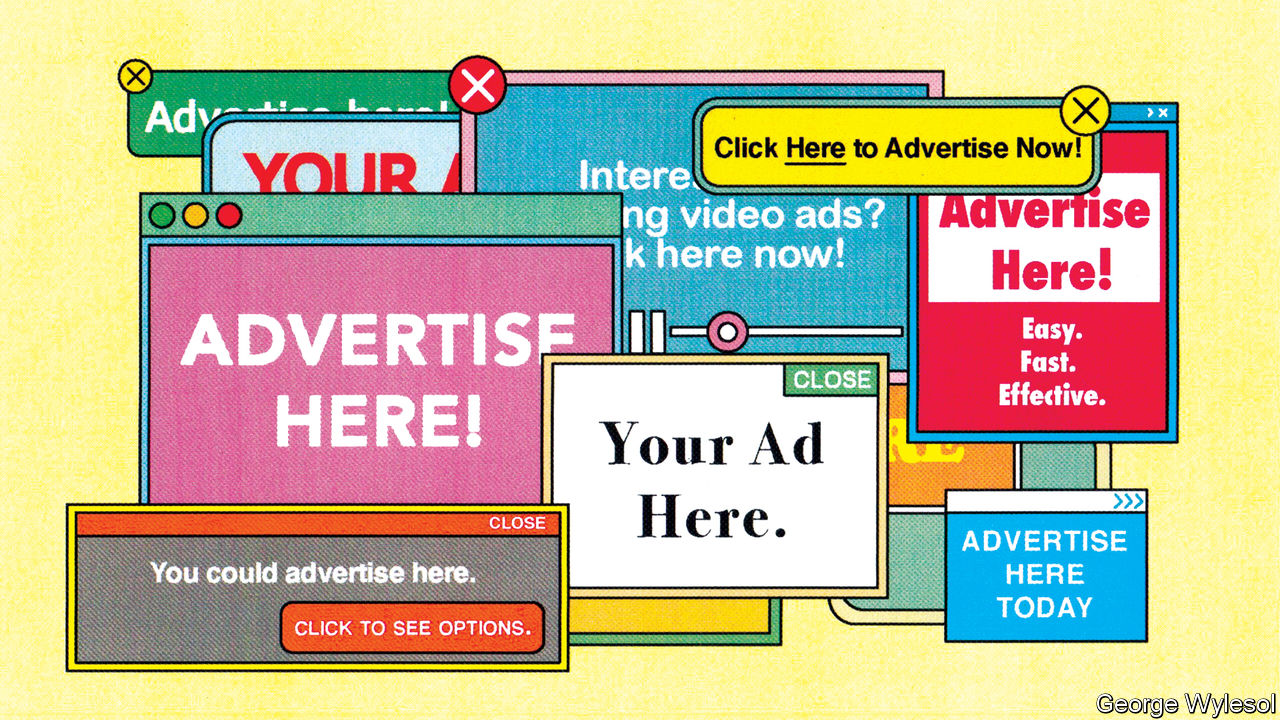 The $300bn Google-Meta duopoly is under attack

The $300bn Google-Meta duopoly is under attack

I’ve spent most of the last 10 years earning my living from an e-commerce business I own. The online advertising industry is unrecognisable from when we started. My thesis, in beef, is that the industries excessive uses of personalised data and tracking lead to increased regulation, and then a massive pivot to even more “AI” as a means to circumvent that (to some extent). The AI in the ad industry now, I believe, is detrimental to the advertiser. It’s now just one big black box, you put money in one side and get traffic out the other. The control and useful tracking (what actual search terms people are using, proper visible conversion tracking of an ad) is now almost non-existent. As an advertiser your livelihood is dependant on an algorithm, not skill, not intuition, not experience, not even track record.

Facebook, Google and the rest of the industry were so driven by profit at all cost, and at the expense of long term thinking, they shot themselves in the foot.

Advertisers are searching for alternatives, but they are all the same.

I think online advertising, as a whole, is probably f***ed…

seshagiric 11d
I work in online search and recently expanded. In my opinion there are two major threats to Google and Facebook (I.e., ads related threats):

1. Platform power: Apple was a key supplier to Facebook in the sense that they provide platform driving a significant % of their Ads revenue. With Apple tightening privacy they have become an indirect but significant threat to Facebook. Google is relatively safe.

Overall online ad industry will continue to flourish but will see big changes in who are the big players.

nixcraft 11d
Is it just me, or do major tech companies turn into advertising businesses even for paid products like Windows OS[1] or iPhone/iOS[2]?

phendrenad2 11d
The advertising duopoly is a crown with no kingdom in 2022. Online advertising is dead - most people online aren't worth advertising too. This isn't 2010 when most people online were from wealthy countries. Google and Facebook are having a harder and harder time finding high-net-worth individuals to advertise too, because they all use adblock or avoid the open internet, preferring to stick to walled gardens like reddit and tiktok (which serve their own ads).
imiric 11d
The entire advertising industry should burn down, as far as I'm concerned.

Advertising ruins every form of media it touches. From radio, television, newspapers (it's arguably responsible for killing journalism), and now the internet, and all the services we use it for.

Web search is useless because of it. Most websites are pretty much spyware. A large percentage of them are SEO spam, existing only to serve ads. Most content on YouTube, the largest video platform, is unwatchable due to constant ad breaks and sponsored content. Astroturfing is everywhere, promoted posts flood social media sites. Advertising is instrumental to spreading of disinformation, propaganda, toppling of democracies and companies like Cambridge Analytica. And if all that wasn't enough, _paid_ subscription services have started serving ads. It's the same business model from TV, but even more intrusive and lucrative since user tracking and microtargetting is now possible.

Stop. Just stop. Users want none of this. Of course, everyone loves getting services for free, but what adtech companies are getting in exchange for user data now is worth much more than the "free" services they offer. *They should be paying us instead.*

We need new business models that are as easy for content providers to implement, yet don't come at the expense of user experience, and don't cause services to deteriorate into a privacy nightmare. This should be easier nowadays with cryptocurrencies. I still think the Basic Attention Token[1] is a step in the right direction. Are there more examples of this?

DethNinja 11d
One problem is that bot amount on the internet is now far larger than the golden days of internet advertising.

Real-Life ads became competitive with internet advertising. In fact, they might be better for a large number companies.

Unless they can manage to guarantee that ads are being seen by real humans, I think their revenue will keep dropping.

franczesko 11d
It's not a duopoly - it's a cartel:

greatpostman 11d
YouTube and Facebook tune their recommendation algorithms for censorship and ad profit. This left a massive gap in their product, which was filled by tiktok. Capitalism is at work here
baxtr 11d
The article is based on… nothing? And a bit of TikTok mania? I thought this was really low quality in essence - providing no real proof for any substantial change.
torginus 11d
Somebody always brings this point up so it might as well be me this time - but does advertising work at all, particularly online advertising?

I refuse to believe I'm some kind of one of a kind special snowflake, but whenever I wanna buy something cheap or disposable, like food, socks etc. I just see it and buy it.

On the other hand when I'm looking for something I'm planning to get a bit more mileage out of, like a laptop, a pair of headphones or a cordless drill, I usually read the reviews and buy the product I think is most appropriate for me, not what the ads show.

hey2022 11d
A somewhat tangential question. Why is Alphabet not decoupling Google from Google Ads / Google AdSense? Having Google’s name constantly in the news cycle because of their ad practices has ruined their reputation (deservingly). Wouldn’t a separate legal entity also be a safer approach from the legal perspective in the light of the ongoing antitrust investigations?
siliconc0w 11d
If you search for socks and someone shows you a promoted ad for socks, you are likely trading relevance for money as the best sock for that person is unlikely to be the most promoted one. This works in the short term but ultimately what should happen (and currently doesn't) is users then use a search or retail platform that gives them more relevant results.

Second is using my search for socks elsewhere on the platform. This is essentially using user-data outside of the intent it was given and that should be controllable by the user and default to the most conservative option without annoying dialogue boxes or other harassment. Whether it's within the platform or not shouldn't make a difference.

So competition is good, but unfortunately what I'm taking away from this that companies are going to bake more ads into their products because the products themselves aren't seeing much competitive pressure (except maybe for Meta and rightfully so).

UltraViolence 11d
There are always threats, but these companies being paranoid, are always on the lookout for competitors. Facebook in the past had success defusing the threat by simply copying the competitor's app verbatim (Snapchat) and is trying to repeat this by altering both Facebook and Instagram to work like TikTok.

The reason I see TikTok as a threat is largely because the company ignores all the rules and regulations that protect the privacy of minors and adults alike and companies will want that data regardless. Facebook won't be able to supply it to them since it has to abide by our laws.

OTOH TikTok being based in a nations that's a strategic competitor to the U.S. may well mean the company is simply banned. IMHO it would be more fortuitous for Meta and Google to lobby for a ban. Fighting TikTok will not work.

1vuio0pswjnm7 11d
Finally, an archive.org URL at the top instead of archive.ph. Nice one.

The later has a "bot protection" page that looks like Cloudflare's but someone suggested it is not. Makes sense because archive.today and Cloudflare were in a spat some time ago. Archive.today wanted to allow monitoring of users' locations, e.g., via EDNS Client Subnet, but Cloudflare did not send ECS.

Unlike Archive.today, Internet Archive does not try to force users to enable Javascript or make them solve CAPTCHAs. Nor does Common Crawl.

It is interesting to contrast the Internet Archive (IA) with Archive.today. The later is vague about how it is funded and admits it could sell out to advertisers in the future.^1 There is obviously no small amount of data it could collect about user interests and behaviours that could be used to support advertising. For example, what usage data does it store, if any. How is that data used. There are no public statements about these details. The operator invites users to "Ask me anything" but has no Privacy Policy. The operator admits it sends the client's IP in a X-Forwarded-For HTTP header. This of course is not something one would experience with IA. The server hosting the page being archived receives an IA IP address as the client IP address, not an IA user's IP address. IA has a Privacy Policy, last updated in 2001.^2 Unlike Archive.today, I feel reasonably confident IA wil not sell out to commercial interests but who knows.

How is the archive funded?

It is privately funded; there are no complex finances behind it. It may look more or less reliable compared to startup-style funding or a university project, depending on which risks are taken into account.

Will advertising appear on the archive one day ?

I cannot make a promise that it will not. With the current growth rate I am able to keep the archive free of ads. Well, I can promise it will have no ads at least till the end of 2014.

They have been sleeping while making money. Now it's time to wake-up and do some serious innovation or become irrelevant

throwaway892238 11d
The only thing I will miss when Google eventually dies is Google Maps. Can somebody make a paid version of it please?
osigurdson 11d
I’ve never really understood how such a large portion of google’s revenues are derived from search. I’ve rarely clicked on any ads when using google or any other search engine.

YouTube, in my opinion, is far more effective as users are forced to watch 5 second ads prior to watching the video that they are interested in. 5 seconds is too short to context switch and can also convey a lot of information.

pdevr 11d
Misleading title. The heading implies both Google and Meta are threatened, but the article discusses the emerging competition to Meta, like Snapchat, Tiktok, and Apple. There is no mention of a search competitor to Google. There is no mention of any concrete threat to Google from the competition, either, other than implying they will also be affected by the general trend.

Google may very well face competition from device manufacturers and the like, but this article does not provide any details about it whatsoever.

macleginn 10d
‘Microsoft’s social network, LinkedIn, is unglamorous but its business-to-business ads allow it to monetise the time users spend on it at a rate roughly four times that of Facebook, estimates Andrew Lipsman of eMarketer. It generates more revenue than some medium-sized networks including Snap’s Snapchat and Twitter. <...> So far [Apple] is only dabbling in ads and does not report sales figures. But Bloomberg reported recently that Apple’s ad business was already generating sales of $4bn a year, making it about as big an ad platform as Twitter.’

Twitter is now a unit of being moderately unsuccessful at advertising.

mensetmanusman 11d
It’s an interesting issue because it is probably Apple’s fault.

There is no easy solution here.