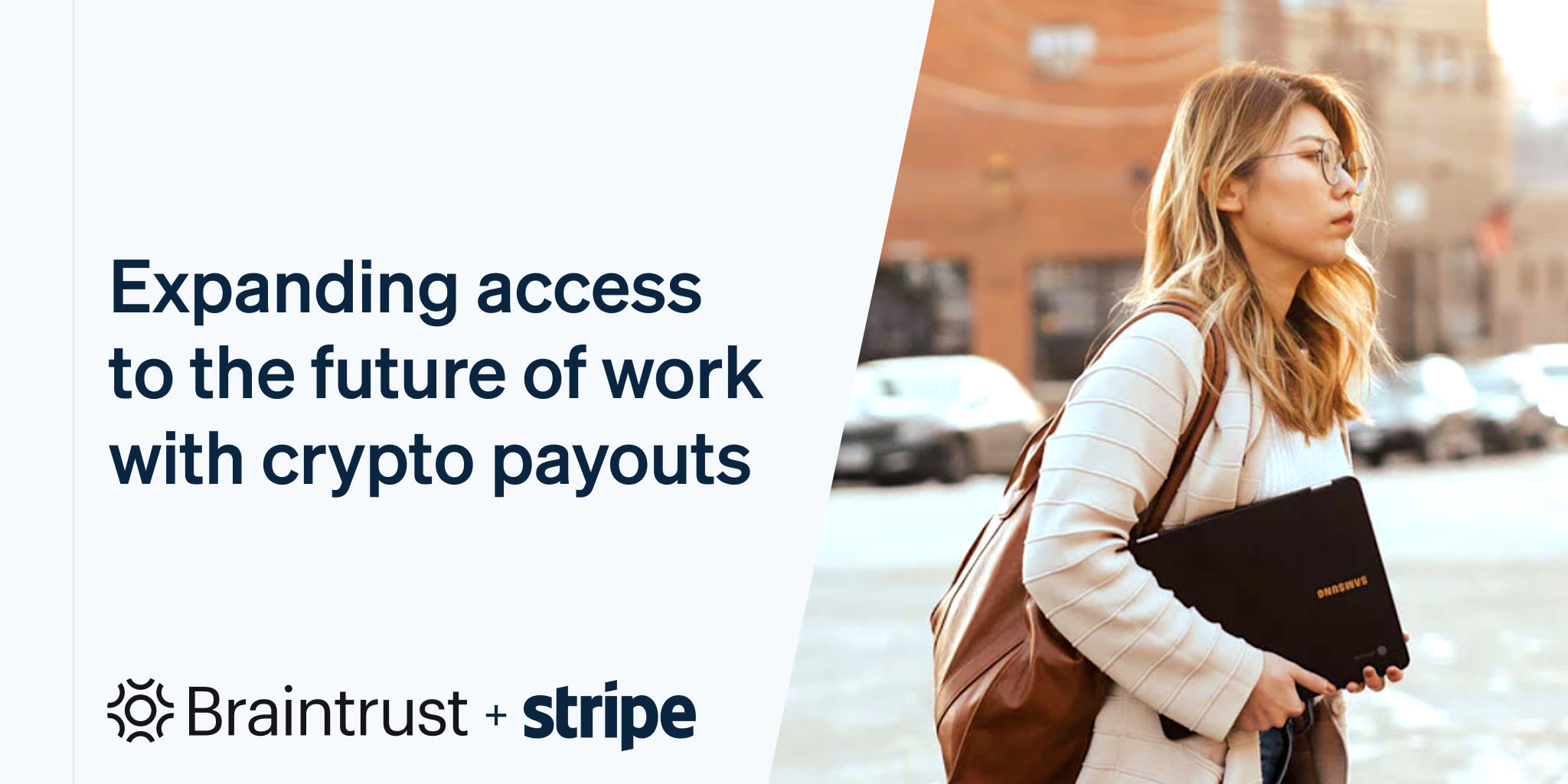 Expanding access to the future of work with crypto payouts

Expanding access to the future of work with crypto payouts

colesantiago 6d
[deleted by user]
djbusby 6d
Now when stripe suddenly shuts down your business you can be even more outta-luck than when it was USD. Better for them you're on the no-recourse crypto.
toomuchtodo 6d
Kudos for the ingenuity before central bank cross border transfers get here. It’s a logical place to move upmarket as the deployment of instant payments drive down the TAM of legacy instant settlement systems.
jonathan-adly 6d
Good for stripe. Not sure about Crypto, particularly the cyberpunk ones.

Stripe is the next Google - with the all the good and bad that this brings.

houston_Euler 6d
First, I think it's great to have a talent network that's owned by it's stakeholders, but I think it's questionable to say the token holders "own" the network.

My concern is that the organization is split into two entities: (1) Freelance Labs, which owns and controls the website.[1][4], and (2) A Panamanian Non-profit that "owns" the token.[2]

Stripe's copy: "And because it’s decentralized, the people that use Braintrust also own and operate the network: Talent keeps 100% of its earnings and clients can make their budgets go further by cutting out unnecessary middle men."

From the usebraintrust.com TOS[1]: "This Terms of Service (also referred to as the “Agreement”) is a contract between you (“you” or “User”) and Freelance Labs, Inc. (“Freelance Labs,” “we,” or “us”)."

Also from the usebraintrust.com TOS[1]: "The Site is a marketplace where Clients and Freelancers can identify each other and advertise, buy, and sell Freelancer Services online. Subject to the Terms of Service, Freelance Labs provides the Site Services to Users, including hosting and maintaining the Site, facilitating Projects between Users,, and assisting Users in resolving disputes which may arise in connection with those Projects Users are required invoice and pay any amounts owed for any agreed upon Projects facilitated by the Site and/or Services."

From the Braintrust whitepaper[3]: "Talent are charged no fees: they are paid their full contracted rate (whether that be per hour or per project). Clients are charged 10% of the total contract value, an amount that is significantly less than in other networks and consulting firms.

Client fees are collected in USD, converted into BTRST, and sent to the Braintrust DAO through the Fee Converter, a smart contract that was proposed, voted on, and implemented by the community in October 2021. This process makes it possible for client fees — in the form of BTRST tokens — to pay for network operations and to fund community programs"

Also from Braintrust's whitepaper[3]: "BTRST is not a share of stock, does not represent a claim on profits, dividends, equity, or debt in any company or organization, and is not a financial instrument. BTRST has been adopted by the Braintrust network and users for various activities on the network only, such as for staking, governance, voting, and educational purposes"

From a podcast with Adam Jackson: "We have a token instead of a share of stock. It does not represent any financial claims, any dividends or profit sharing, simply because there is no profit. The network is meant to run sustainably. It's meant to sustain itself. And so, it charges just enough fees to get by on, paying for hosting and maintenance and upgrades and that sort of thing."

Again, I still think it's a potential improvement on the alternatives, and they've built a lot of functionality, but I just worry that the website, seemingly the only way to contract on the network, isn't owned by the foundation.

Is the foundation contractually obligated to heed to any votes from the DAO? It's not very clear that they are.

They've built out a lot[6] that makes me hopeful their network will hold its value, but I just wish they could leave no doubt that their users own the network as well as the resources that power that network.

For example, what if once the network has gained enough value, the owners of Freelance Labs sell the usebraintrust.com website to UpWork? Can they, and if so, what happens then?

boh 6d
As companies continually erode employee benefits and aggressively seek out ever cheaper labor, we have to continually be reminded how innovative and great this "massive shift enabled in large part by new technology" is going to be. Now you're going to get paid in unregulated tokens, isn't that amazing!

And guess what? Not using actual money also let's them access "millions of talented freelancers live in countries where it’s hard, if not impossible, to open a local bank account". That's great because those workers also tend to live in countries with lax or non existent labor laws. These new inroads in exploitation is just another great win for innovation! How bright our future gets every day!

gitgud 6d
To be specific they're allowing transfer to the USDC token, which is a "stable coin" pegged to the USD currency and owned by coin base.

This is a fairly low risk move by Stripe, as USDC is more open and trusted than USDT (Tether)

zhoujianfu 6d
I hope they are also offering USDC on polygon so the fees are less than a penny instead of generalll more than a dollar.
zeroclip 6d
This is good but I wish it wasn’t specific to Braintrust. Have been in crypto for a while and have never heard of Braintrust or their token. Freelancers should just be paid directly in a ERC20, Stripe could take a small fee on transfers for their UX and API services, no need for a DAO or separate BTRST token.