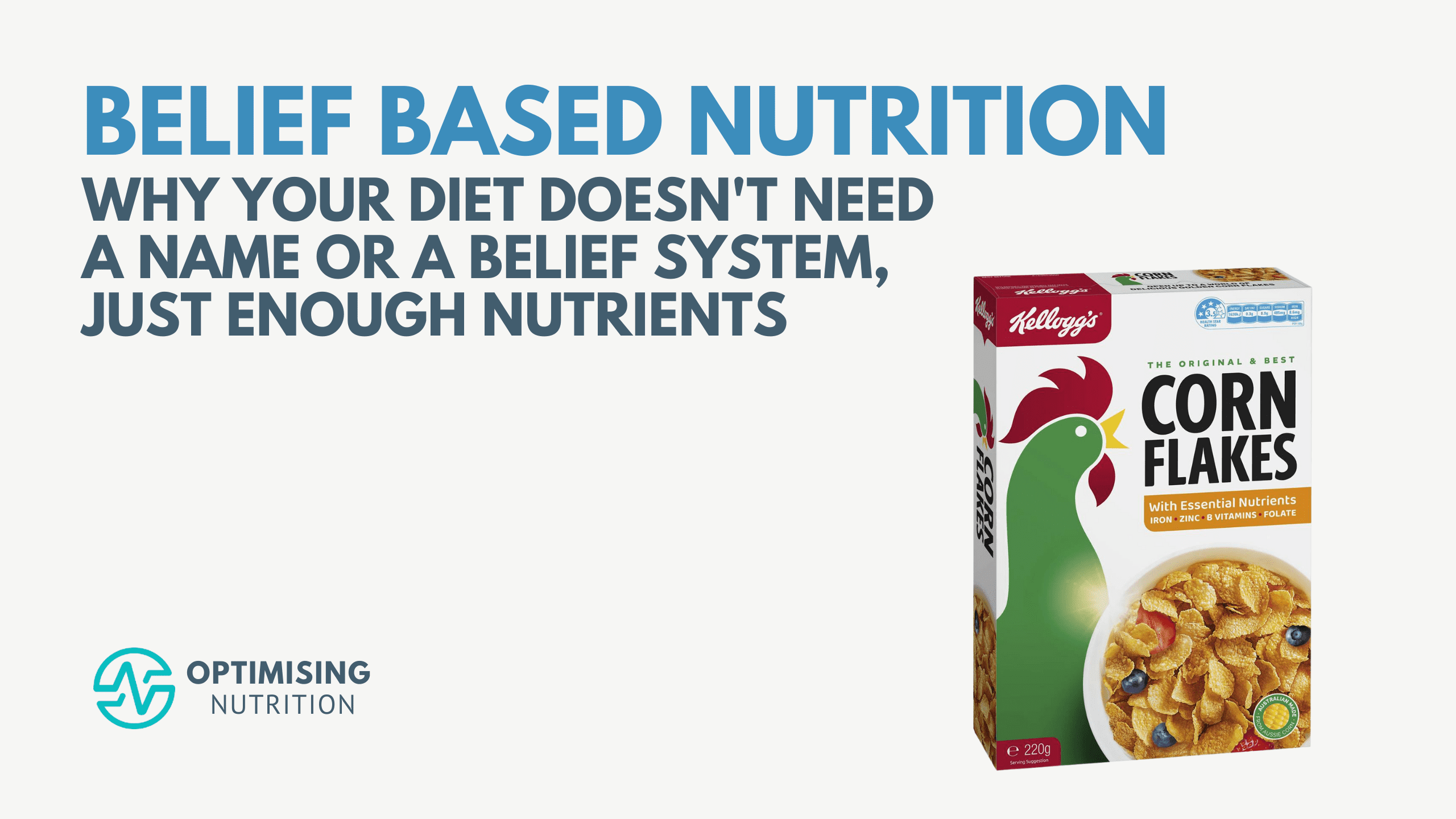 The Disaster of Superstition in Nutrition

The Disaster of Superstition in Nutrition

The history of nutrition claims seems to be full of failures (e.g. "butter is bad, substitute with margarine" -> "margarine is bad", "fat is bad" -> "carbs are bad"). From someone who is ignorant of Nutrition research I have always wondered if the main issue is that the best research is not communicated because it is not convenient for business or government. So although some researchers are aware that current advice is likely to be harmful, they don't have the power to change the messaging.

santiagobasulto 6d
The biggest “belief-system” group to blame here are just doctors. I know this is a highly controversial opinion, but we should stop listening to doctors because they’re “doctors” and start fact-checking them.

Most Drs I know have NO idea of the basics principles of statistics. They just repeat things, eg “fat is bad, a healthy diet has a base of >=50% grain”.

When you ask them where they get that from, they tell you they read it while in school (in the 90s), from a book that was edited in the 70s, that took it from a study conducted in the 60s, that is just an appeal to P-hacking.

strken 6d
I've been trying to balance my diet recently by filling out all the bars in my calorie tracking app to 100%, and it's surprisingly hard to do. For instance, to get the necessary calcium I have to drink half a litre of milk, folate needs half a bag of cooked spinach (or enriched grains), vitamin e needs maybe 30 or 40 grams of sunflower seeds, vitamin c needs three or four mandarins, and so on.

The first problem is that this isn't always obvious. You can't substitute all leafy greens for spinach, there aren't many good non-milk non-fish sources of calcium, not all nuts and seeds have the right amount of vitamin e. It's quite hard to balance everything even when you're tracking individual foods, and it makes for some very strange meals.

The second problem is that a lot of the important nutrients are coming from foods that are otherwise calorie-dense or have other problems. Citrus fruits are sugary, milk and nuts are fatty, uncooked spinach can cause stomach trouble. It's not necessarily bad to eat calorie-dense food, but it does make things less forgiving when you're trying to eat at a calorie deficit to lose weight.

It makes me wonder if maybe I had long-term deficits in some of these nutrients and just didn't know.

firasd 7d
One odd aspect is that all these 'recommendations' adopted en masse (low salt, low cholesterol, low fat) are based on the goal of avoiding heart problems. I guess it makes sense as a goal but not sure it makes sense to go in reverse from that goal, using very unsound studies, to come up with these restrictive rules of thumb for everyone... like oh, just reduce the salt in this meal and you'll be okay. Indeed such approaches can be described as superstition.
fpoling 6d
I stopped reading the article when the author has started to write about protein. It is impossible to eat enough calories to function normally and not to get enough protein from any unprocessed food source.

In fact modern focus on protein is another myth based on superstition.

archi42 6d
Properly researching this isn't totally new. A decade ago we had a student of "sports science" in our peer group, and his advice for goal-driven diets was invaluable for some.

I sometimes feel like in the past, previous generations had a good signal-to-noise ratio; but the signal was tainted by commercial (or today I learned: religious) interests and bad scientific methods. (I'm thinking of fossils/climate and tobacco/health). For a while the quality of the signal improved, but so did the noise floor. And now we're in the situation that quality information is theoretical available for everyone (thank you internet), but (for a lay person) it became very hard to discriminate from bad (or tainted) information: Is that influencer/blogger selling me a new diet because they think it's a great idea? Are they paid/incentived to do it? Or do they actually know what they're talking about?

Maybe everyone had that impression in a certain age; I'm not above that.

Obviously that could be said about this article was well; but since it aligns with my belief I'm biased to think it can't be totally wrong. Now am I falling for anti-SDA/industry propaganda by someone who (maybe subconsciously) has an axe to grind (noise), or is this this well researched advice that I can follow (a clean signal)?

neuroma 6d
I do commend the use of science and data analysis that the author is advocating.

There is a caveat. Most science, even when high calibre and delivering clear results, doesnt reliably predict wwhat individuals should do. It only speaks to an average across the population. Individuals have unique responses, which can vary by degree and also by direction. The gold standard is always careful experimentation on a case by case basis. This phenomena is more apparent in diet science where dissecting causation and elaborating mechanism is particularly difficult. Many studies are narrow in scope, with short duration, and applied to limited demographic types... limiting generalisability. Larger, longer studies in more natural contexts produce results that often conflict, presumably because of factors we don't fully understand.

So my two cents would be to remember that results of studies are not always true for individuals, annoying as that is. If you're serious about change you'll need to experiment.

ginko 6d
At this point I think following a Medieval diet based on the 4 bodily humors[1] would be just as healthy if not healthier than whatever is in these days.

jiggywiggy 6d
Claims to go for data, then throws away all modern advice (which some of it should indeed be looked at critically) and then argues for optimizing vitamins & minerals, without any backing of real data. Optimum vitamin doses, balance & requirements are poorly understood. (deficiencies are easier to understand).
jcynix 6d
Superfoods. Marketing. Chia for example was imported as chicken food first, but producers soon realized that chickens fed with chia produced eggs with smaller yolk.

So importers had seeds which they couldn't sell anymore. The solution? Let's market them as superfoods …

kimi 6d
I know I'm a contrarian here, but frankly I won't take health suggestions from someone who is an amateur and has never studied the field (where "studied" means at least a degree not taken from Youtube university) and never done proper peer-reviewed research. "My wife feels better" is just different superstition, not science.