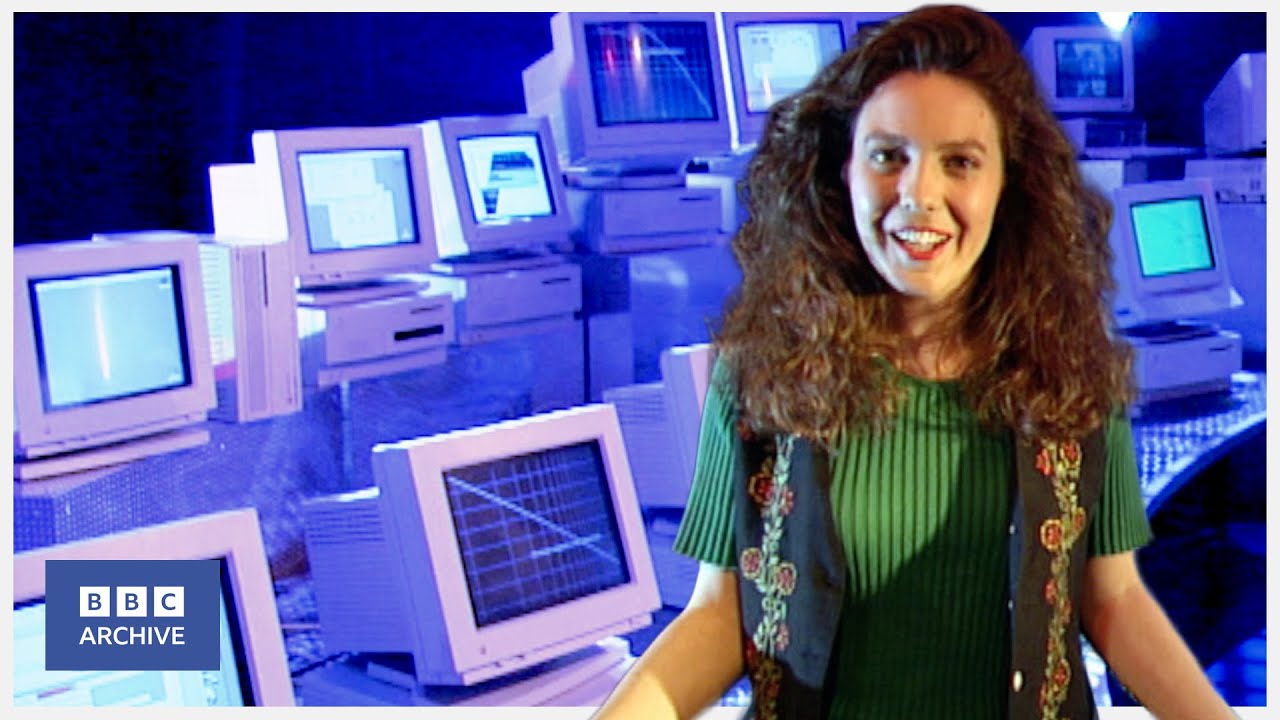 1994: Are You Ready for the Internet? – Tomorrow's World – BBC Archive

1994: Are You Ready for the Internet? – Tomorrow's World – BBC Archive

alt227 6d
When I pause Netflix, why dont I have the option to purchase the clothes they are wearing on screen?
losvedir 6d
Wow, the phrase "information superhighway" really brought me back. I hadn't heard that for quite some time!
SMAAART 6d
this is my favorite: https://www.youtube.com/watch?v=95-yZ-31j9A
laxd 6d
Disappointed to not find a flower shop at branch.com:1080
cm2187 6d
Funny to see the BBC complaining about "letting the market forces" build the internet. The said market forces didn't do too bad.
poszlem 6d
Kind of makes me wonder what would those people say if we played them Bo Burnham's Welcome to The Internet from 2021: https://www.youtube.com/watch?v=k1BneeJTDcU
mikehollinger 6d
1. This brought me back. When she clicked into the "mall" and the navigation was an imagemap with hotlinks [1] going off to a flower shop, I immediately thought of a website that some guy payed me to build back in the 90's when I was in high school. He bought SellMemphis.com, SellAtlanta.com, etc and wanted to create a directory for local businesses. Also - good on you, Philips Flowers, for keeping 1800florals.com in what must've been intense pressure from 1800flowers.com!

3. Regulation (or lack of regulation) played out in an interesting way. We now have an interesting problem with digital infrastructure in the US anyway, where copper cables (still) only get you so far, wireless is the new expectation, and countries that -had- no comms infrastructure are by default more modern now than large tracts of the US, because they skipped past the "telephone poll" phase straight to cell towers.

theden 6d
Maybe it's nostalgia, but there's something calming about CRTs...
phelm 6d
Interesting that the copper wires stuck around, UK's fibre optic rollout still ongoing not to be completed til 2026 or later
mr_sturd 6d
Port explicitly specified in at least one URL. Was HTTP without a standard port back in '94?
1970-01-01 6d
Related are the AT&T "You will" commercials.
brudgers 6d
Related?

nuker 6d
I built a retro 486 PC, bought a modem and could not find any dial-up ISPs in Australia. The 19xx prefix is not dial-able using VoIP line that I set up (we don't have POTS lines anymore).
shever73 6d
I miss programmes like Tomorrow’s World.
irrational 6d
World Wide Web (or WWW) is too long to say and "The Web" never really caught on, but the Internet is not quite accurate. It feels like we need a word to differentiate IP from HTTP. Though, since we haven't come up with one yet, I guess we will just have to live with the WWW being called the Internet.
igortg 6d
Funny thing that sending an e-mail to the president (Brazilian president) was one of the first things I did when got online (1995). It was basically Playboy website and this till I found IRC :p
shahahmed 6d
i liked her light dig at the british govt for not having a modem or a policy on the internet. funny how different it is now with all the european regulation of the internet.
enos_feedler 6d
It's amazing just how quickly you can catch the under estimation of the internet's potential. Within the first sentence, starting with the word "imagine", the largest image that could be conjured is related to viewing content created offline, rather than creating and sharing it within the internet itself. In the furthest stretches of the imagination, the prediction still falls very short. No criticism to anyone in 1994, it's just fascinating how difficult it is to peer far into the future.
wing-_-nuts 6d
Anyone else pained by the fact that it's 28 years later and we STILL don't have fiber deployed widely? My parents are paying $65 / mo for 5mb dsl, and it's the best option they can get a stones throw outside of the city limits. Pathetic when you compare it to municipal broadband deployed everywhere with powerlines like in Chattanooga, TN
jedberg 6d
I like the not so subtle dig at John Major's total lack of policy regarding the internet in 1994.
TheDudeMan 6d
Say it again!

rmatt2000 6d
Here is one of my favorite videos from the early days of the web. Two popular morning television hosts discuss the at-symbol and ask "what is internet, anyway?"

The future is now!

standardUser 6d
Narrator: "They weren't"
justinlloyd 6d
I watched this live when it first aired. My Miracom 9600 being my gateway drug to Usenet, Gopher, IRC, and the warez scene I was a part of.

How far we have come. The future will be interesting and exciting, if we can get past this current hump of monolithic "controlled experiences" that Facebook/Meta/Google/Amazon/Twitter/etc want to push on us.

gfodor 6d
“Recipes” - it’s always, always there in these kind of things, and makes me laugh every time.
leto_ii 6d
I realize I'm going way against the grain of other commenters, but this video has made me aware of how little progress has actually been made since then. I mean, the core ideas of the modern internet services we're relying on were already there back in 1994.

Aside from much slicker devices, much higher bandwidth, much broader reach and a few new things around the edges, how much change have we actually seen? I'm of course being a bit facetious - speed, convenience, reach are all very important. But when it comes right down to core "mind blowing" new tech, how much have we actually improved on 1994?

ffhhj 6d
Something I'd have prefered about URL's is a numbering system instead of superdomains, that would allow allocating different sites at the same domain name. For example:

* amazon.1 is the sites index

* amazon.878 is some roof installation company

* amazon.111 is a courthouse in Brazil

andreygrehov 6d
Is there anything like Tomorrow’s World today?