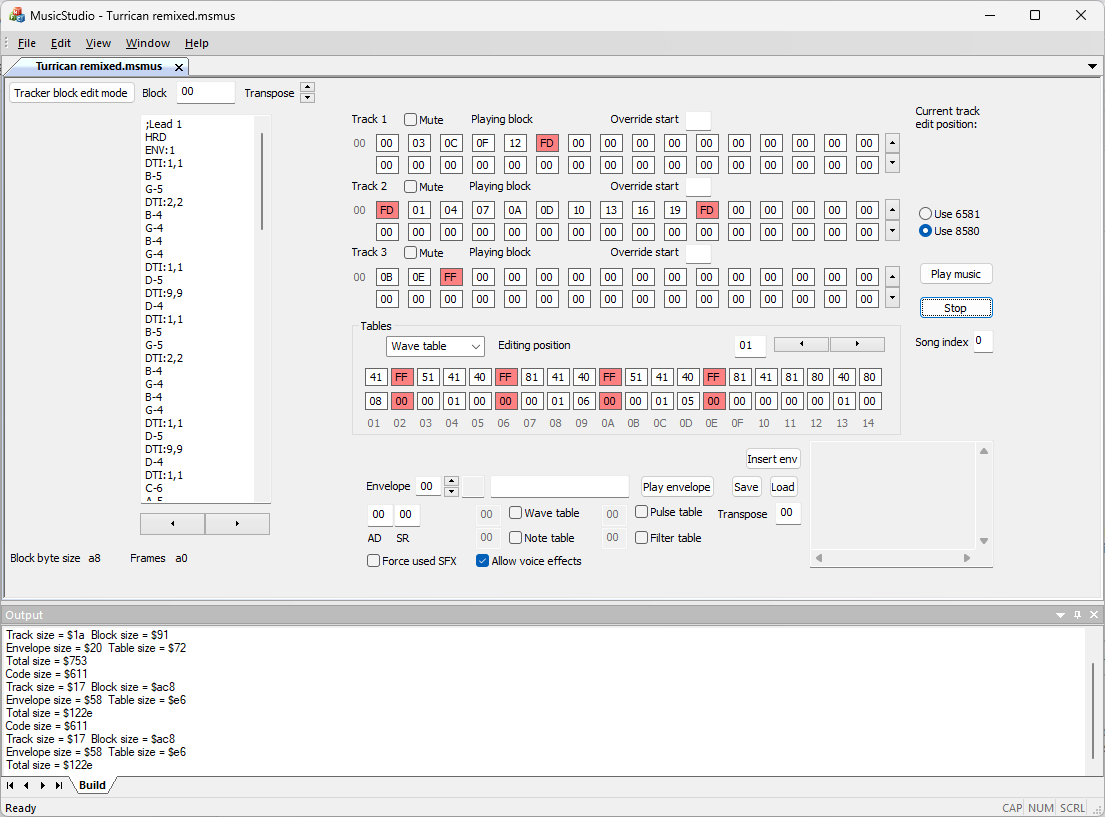 bartread 12d
I'm a big fan of Deflemask, but this does look cool. Will have to have a play later. Sounds fantastic, and I really do love the low level looking interface. Hoping it allows "poking the pins" directly, but will need to have a proper look this evening. Great work!
warning26 12d
This looks cool! Would be interesting if someone could use wine and webassembly to create a version that runs in the browser.
dmclamb 12d
Great memories.
owl_vision 11d
http://www.sidmusic.org/sidplay/mac/

<quote> SIDPLAY is a Commodore 64 music player. It emulates the sound chip and other internals of the Commodore 64 home computer to play back music that was originally written on it. The sound chip of the C64 is called the Sound Interface Device or SID, and therefore this music is known as SID music. The SID chip is basically a three voice synthesizer on a chip. The unusual combination of digital and analogue circuitry is the reason for its distinctive sound. </quote>

thewebcount 11d
Can someone explain this to me? I recently wrote some music for a friend’s 8-bit video game. I did what any sane composer would do and composed it using a DAW and my synths. I then made a MIDI file and brought that into the tracker app that translated it into Z80 assembly. The app I used was Arkos Tracker 2[0] which appears to be a direct UI translation of an old Atari music app. I can understand it having such an obtuse interface back when you used it on an 8-bit Atari computer, but why on earth would anyone start writing music in such an app today when there are free tools like Garage Band (and I’m sure equivalents on other platforms) that allow you to work like a musician instead of a programmer. (And I say that as a programmer.) It would be like a word processor that required you to enter your text as the hexadecimal values for the ASCII characters you want. I get having tools to tweak the generated code, but why not have a musical interface as the main way of entering your musical data? That said, I thoroughly enjoyed working within the constraints of an 8 bit platform. It was a challenge and a joy!