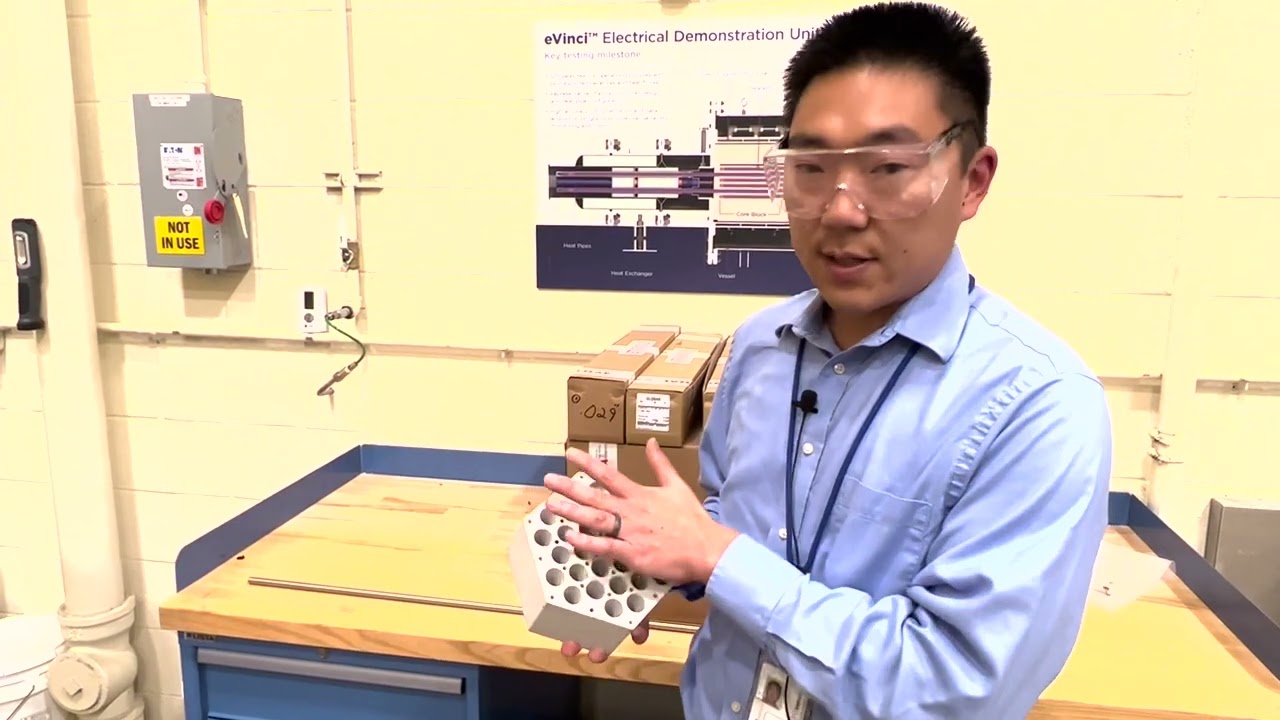 Westinghouse sees a tech disrupter in its eVinci microreactor

Westinghouse sees a tech disrupter in its eVinci microreactor

multiplegeorges 12d
Northern communities in Canada are a perfect application of this tech. Currently, they mostly burn diesel for power.
sebmellen 12d
I love seeing innovative tech like this spring out of the Pittsburgh region… Once the nation’s capitol of industry innovation, maybe it can be again.
ngvrnd 12d
Wow... Walt's Mill. My mom worked there, I have a photo of her standing above a fuel storage well... It used to be a test reactor with a channel of water through the core that they would send boats through to test samples of materials for radiation exposure effects.
Gravityloss 12d
I feel that this reactor is too small for actual usage. It's about wind turbine sized. But better to err on this side, if you want the iteration speed up and start mass production. Future versions can always be scaled up.
rx_tx 12d
> The microreactor can generate 5 MW of electricity or 13 MW of heat from a 15 MW thermal core. Exhaust heat from the power conversion system can be used for district heating applications or low-temperature steam.

They are aiming 8 years planned service life, and one novel thing is the use of heatpipes (like your CPU cooler) using liquid metal as a working fluid.

They actually don't say how big it is, I guess still quite sizeable given the heat output. Definitely not a single-family home device.

nwatson 12d
After ethics reviews, send some prototypes to Ukraine this winter.
photochemsyn 12d
It's a liquid-sodium-cooled, graphite-core system with no need for pumps, aka 'passively cooled' via heat [edit] pipes. Output is:

> "The microreactor can generate 5 MW of electricity or 13 MW of heat from a 15 MW thermal core. Exhaust heat from the power conversion system can be used for district heating applications or low-temperature steam."

Control systems are kind of interesting:

> "The only moving or mechanical parts in the reactor system are reactivity control drums, which manage the power level and allow absorber material to passively turn inward toward the core if power demand is reduced or lost, and turn a reflector material toward the core if demand increases automatically. Hence the term “nuclear battery.”"

I'm generally not a nuclear advocate but if they've really managed to eliminate the need for active cooling, and have a robust system that can safely shut down with concerns about meltdown even without external power, that's a pretty big advance. Looks remarkably promising... keep your fingers crossed. (New nuclear tech hasn't had the greatest track record over the past several decades, i.e. pebble beds didn't work out etc.)

Isn't that just a jet engine?

mkoubaa 12d
Really cool to see this close to completion
jensenbox 12d
I get that it makes and moves heat... What process is it using to create the electricity?
threads2 12d
how micro is micro? how big is this thing?
TheRealPomax 12d
What a bizarre title. Either it is, and then "sees" makes no sense, it's a proven disruptor, or it's not, and it's just armchair self-congratulatory PR speak.
Terretta 12d
Curiously, Russia has the largest number of small nuclear reactors in the world, albeit legacy tech.

This boat is online and puts out ~70 MW of electricity gross:

jakuboboza 12d
Passive cooling sounds super turbo safe which is what we always seek in reactors. Yeah that would disrupt the market.
perihelions 12d
I don't know why people are enthused about "passive heat removal" for a reactor that's operating and generating electricity (as opposed to post-shutdown decay heat removal). That requirement rules out every possible type of fission reactor there is, other than extremely small ones with very low power densities (like OP).

Forced convection is how you fit gigawatts of power in the volume of a small room; it's what makes nuclear fission practical at scale.

pfdietz 12d
A serious problem with this is scaling of operating costs.

A 5 MWe reactor, operating at about 90% capacity factor and selling power at wholesale prices (maybe $0.03/kWh) will earn $1.2M/year. You need at least four employees to operate it (3 shifts, with a spare), and probably many more.

rgmerk 12d
There is no way in the world this is going to be economically competitive to connect to big electricity grids any time soon.

Even taking into account the cost of extra transmission and storage (and to a certain extent, building extra storage, which is politically easier, reduces the amount of transmission you have to build), wind and solar are ridiculously cheap and trending cheaper long term, and you don't really run into the requirements for massive amounts of storage until the fraction of your power from VRE gets very, very high.

Remote parts of Alaska, Canada etc face very very high power costs and solar isn't viable there (though wind might be depending on the site), so I can absolutely see the initial applications there.

amluto 12d
If the price is right and medium size communities could get their acts together, something like this could potentially disrupt the entire grid model. In California, regardless of what wholesale electricity costs, the retail cost is something like $200/MWh more than could be considered reasonable. Put another way, the utility (PG&E) is charging an immense premium. Normally, displacing PG&E would be impractical:

a. The actual transmission system is a phenomenally large capital investment developed over many decades. You can’t just VC up a new electric grid in a developed area. And the incumbent mostly owns it.

b. Regulation, good and bad.

But this reactor is small! 5 MW could serve maybe 1000 expensive homes in an expensive area without an enormous transmission system. Anyone trying to disrupt the incumbent utility with something like this has $200/MWh of inefficiency to exploit. $24k per day of operation will offset a decent amount of capital cost of regulatory effort to get the electricity to customers.

Put another way, a wealthy community could buy a few of these, figure out local distribution, and ditch the incumbent utility. This could be fantastic.

jsight 12d
It would only take ~2 of those to power a decent sized charging site for electric semi trucks.
vagrantJin 12d
A bit off topic but Factorio buffs will find this microreactor eerily familiar.
locallost 12d
The decisive thing is always going to be cost. Thus far, reducing capacity has made nuclear plants faster to build, but the outcome was more expensive per MWh [1]. This then forced future plants to again increase in scale, but it again made them too slow and expensive to build, with huge budget overruns. We're now back to small modular, but if the electricity they produce is again even more expensive, it will offset any other benefit.

thelittleone 12d
"I want to start a business that builds garden lights, fridges and nuclear microreactors".
UltraViolence 12d
This device is mostly aimed at the military and maybe the industrial market (think about a chemical plant or large factory).

When our military invade yet another country they now don't need to haul diesel fuel to keep the lights on.