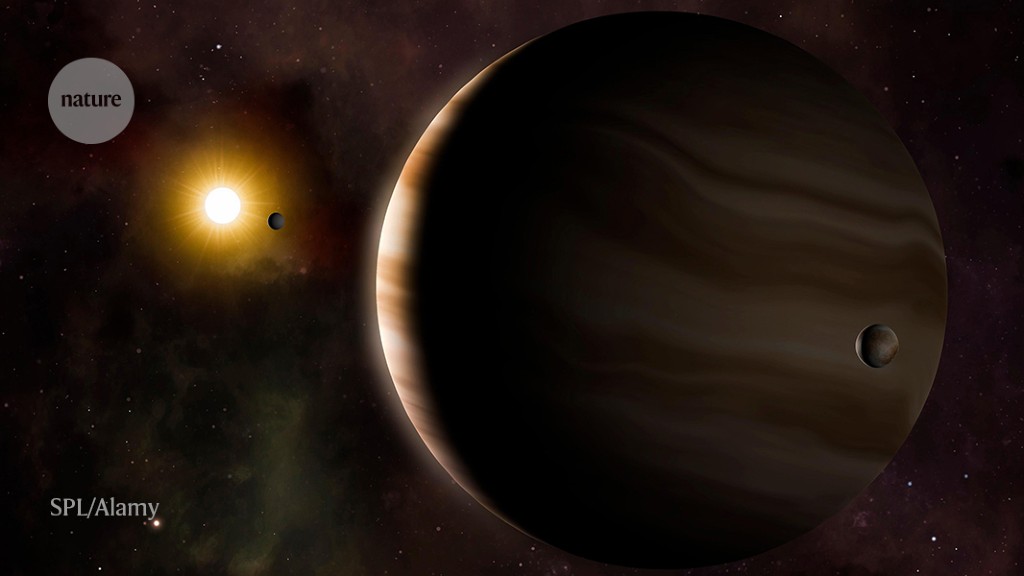 First active chemistry on an exoplanet revealed by Webb telescope

First active chemistry on an exoplanet revealed by Webb telescope

greesil 12d
I'd be curious to know what it would take in terms of telescope size to directly image a nearby exoplanet.
aaron_m04 12d
The researchers compared it to the photochemical reactions creating and destroying ozone in the Earth's stratosphere.
CyanBird 12d
I have got a bet with a friend going that by the end of the decade we will have found life, 500usd heh

I am feeling quite optimistic, the spectroscopy of jwst has me quite pumped... If worst came to happen, I might still be able to eek out a win on my bet with ELT in Atacama... But I think that jwst will be enough!

> The team were also surprised to detect sulfur dioxide, which had appeared as a mysterious bump in early observation data. Its presence suggests a photochemical reaction is taking place in the atmosphere as light from the star hits it, similar to how our Sun produces ozone in Earth’s atmosphere. In WASP-39b’s case, light from its star, slightly smaller than the Sun, splits water in its atmosphere into hydrogen and hydroxide, which reacts with hydrogen sulfide to produce sulfur dioxide.

Wikipedia has this to say about sulfur dioxide in our solar system:

> On other planets, sulfur dioxide can be found in various concentrations, the most significant being the atmosphere of Venus, where it is the third-most abundant atmospheric gas at 150 ppm. There, it reacts with water to form clouds of sulfuric acid, and is a key component of the planet's global atmospheric sulfur cycle and contributes to global warming.[11] It has been implicated as a key agent in the warming of early Mars, with estimates of concentrations in the lower atmosphere as high as 100 ppm,[12] though it only exists in trace amounts. On both Venus and Mars, as on Earth, its primary source is thought to be volcanic. The atmosphere of Io, a natural satellite of Jupiter, is 90% sulfur dioxide[13] and trace amounts are thought to also exist in the atmosphere of Jupiter.

This doesn't necessarily mean that the the exoplanet has active volcanism, but it could be an explanation.

TEP_Kim_Il_Sung 12d
Amazing. Until today chemistry on planets outside the solar system did not exist. I love how the science advances the world.
nigrioid 12d
I'll bet it will turn out to be a piece of chorizo.
qikInNdOutReply 12d
Imagine a ferrofluid, you could wiggle around a space via electro magnetic forces. You could create parts of a "mirror" at locations on demand, and sythesize the reflected light into a whole picture, without ever needing a huge, ground mirror. The whole optical body is only ever needed for us and parallelistic sensors.