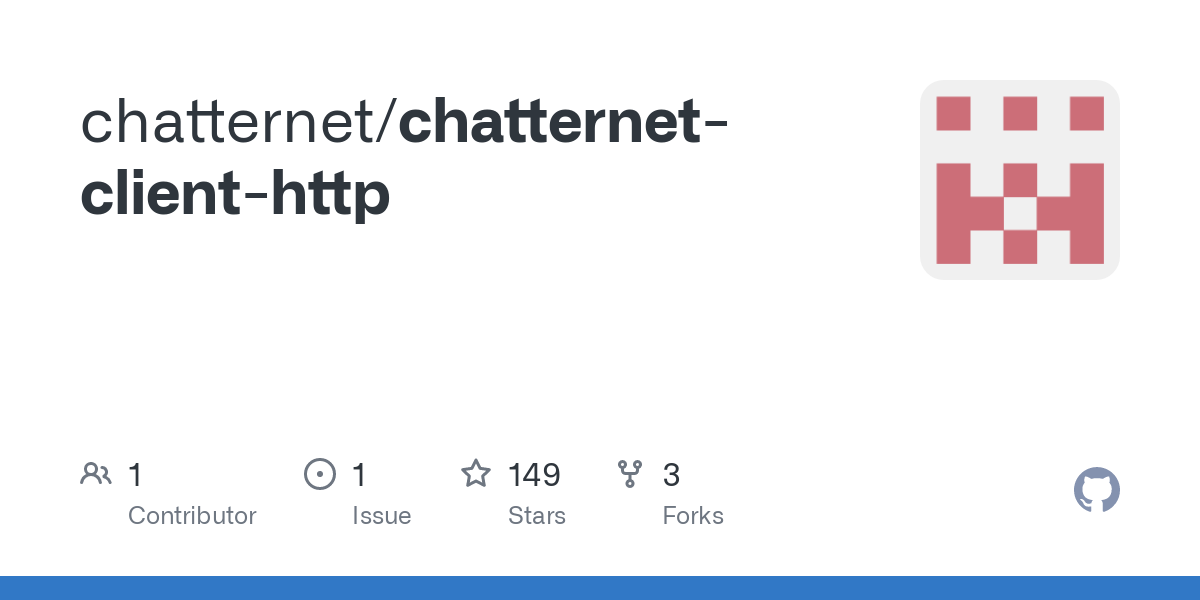 This is a very early prototype. Help, comments, criticisms are all needed to help the project move forward.

This is a very early prototype. Help, comments, criticisms are all needed to help the project move forward.

>It closely follows (but is not fully compliant with) the Activity Pub protocol.

Are you aiming for posts from ChatterNet to be visible to the rest of the fediverse (mastodon et al)? How will that look from the POV of the mastodon server?

gpm 11d
How would moderation work here? Like, what prevents me from being literally inundated with people trying to sell me scamcoins, or viagra, or nudes, or whatever the latest thing is.

You say "Self-moderating: a user has enough control over what they receive to reject spam content", but it's unclear what that means. Are you telling me I'm going to have to keep saying "I don't want to hear from ViagraSupplier1493956" every time ViagraSupplier1493957 makes a new account? Won't they just automate creating new accounts so I continuously have to reject them?

Or is this an opt in system? That's not what the word "reject" means to me, but it's the other "simple" alternative that I could imagine this describing. If so, is there literally way for a new user to onboard to this network except to convince people to start "listening" to them via side channels (like asking friends on other social media to follow them)? That's basically how things like substack work... I'm not sure I see it scaling.

I think it was one of the reddit founders who recently made the point that content moderation is fundamentally about increasing signal to noise ratio, and frankly I can't think of a harder problem. When you're trying to pitch a decentralized social network to me, it's literally the first question I have.

PS. The readme links to "https://chatternet.github.io/", but that doesn't exist.

mgerdts 11d
I’m trying to make sense of what this. It seems the answer may be on the project’s GitHub page reference in the rear, but that just 404’s.

rch 11d
Is there a license for the server? Sorry if I'm overlooking it.
stonogo 11d
Not implementing server-level blocklists is almost a guaranteed method of getting your instances added to federated blocklists. I see that this is not ActivityPub compliant, so presumably this would only federate with other Chatternet instances? If that's the case, I recommend hurrying to implement a solid product vision, because otherwise "no deplatforming" is your primary sell, and the people who are buying are perceived as folks who have been deplatformed already. It's a hard problem right now to get some people to separate "free speech" and "hate speech" in social media, and until that's got a solution I'm not sure a slightly-different protocol will move the needle.
mark_l_watson 11d
There are problems tuning out unwanted traffic, but cool idea. Apparently RDF, etc. are not used?
esjeon 11d
So, is this kind of decentralized wiki based on DID?
agentultra 11d
I don’t think it’s a good idea to build any kind of social networking application without moderation and filtering tools. Both for server admins and users.
qualudeheart 11d
Is an api with c++ bindings available?
Yan-solucracy 11d
[deleted by user]
acjohnson55 11d
How does this compare with Bluesky, which I understand also uses DIDs?

s3000 11d
Good idea. If your selling proposition against other protocols like farcaster.xyz is that the protocol is compatible to ActivityPub, could you explain where it is not fully compliant, please?

Can you imagine to run a bridge server to the Fediverse? This should require a white-list to gain the trust of the peering nodes, though.

alx__ 11d
Naive question, what is this solving?
PaulHoule 11d
Semantic as in RDF?